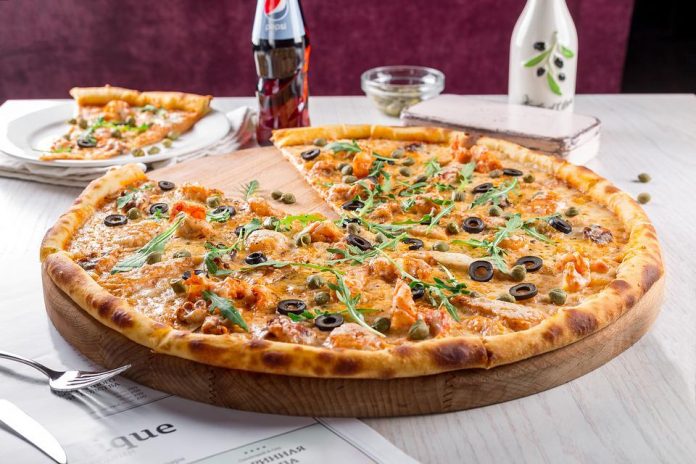 Occasionally, all you want is a great, chewy, cheesy pizza made in the traditional manner. Seoul has everything, from the thin, crispy crust of New York to the chewy, deliciousness of Naples, Italy, but how did it get there?

After the Korean War, pizza was introduced to South Korea for the first time. Pizza shops began to appear in places where the United States Army was stationed. Due to the fact that Korean pizza is a local adaptation of the pizza the Americans brought, it is frequently large, circular, and fatty, unlike the original Italian thin-crust pizza.

In South Korea, pizza, like many other varieties of restaurant food, is consumed communally. Since eating pizza in restaurants is uncommon in South Korea, the majority of pizza consumed there is delivered.

Pizza is frequently associated with inexpensive takeout or delivery cuisine. However, in Korea, pizza is unexpectedly pricey. Compared to the numerous inexpensive options. You may easily lunch out for less than $5 per person, while a large pizza typically costs over $30.

As with many Korean dishes, Korean pizza typically has sweet ingredients. Koreans enjoy challenging the conventional pizza by adding novel and intriguing toppings. There is garlic, T-bone steak, and even Wagyu meat available. You can also discover typical Korean flavours, such as bulgogi, along with a range of vegetables and sauces along with a classic beer from most great pizza restaurants.

Similarly to many American pizza chains, filled crust is also prevalent. But unlike American pizza, where the crust is predominantly cheese, there are a variety of components. Among the most typical fillings for the crust of Korean pizza is mashed sweet potato.

Korean pizza has opened my eyes to new flavours, and I think it’s quite exciting to experiment with sweet and spicy flavours that you won’t find on Italian or American pizza.

A popular chain of pizza places (Mr. Pizza) first opened next to Ewha Woman’s University in Seoul. There are currently 435 stores in the United States, 60 in China, three restaurants in Los Angeles, and branches in the Philippines. The first Indian location of the brand is scheduled to open in the first quarter of this year.

During a lunchtime visit to the original branch, the tables and booths are full with Ewha students and local bank branch staff. Behind a glass window, a woman tosses pizza dough, and a pizza and salad bar dominates the restaurant’s middle.

Check out the best south korean pizza places to try in 2022, from Travelling South Korea – a south Korean travel blog focusing on the best in food, drink, culture, news and fashion in South Korea.